It has been several years since the residents of Carleton County have heard the sound of a steam whistle approaching in the distance, but that soothing sound returned as a special "Cabot Cove excursion train" made a visit today under the control of engineer Bruce Bosence. The Carleton Railway hosted the VIP guests on board who had lunch at the Nortondale Resort, toured the South Newbridge station and signed the guest book at the South Newbridge Town Hall, and enjoyed an excursion through the Carleton County scenery. The railway photographer managed to record the event (click photos to enlarge): 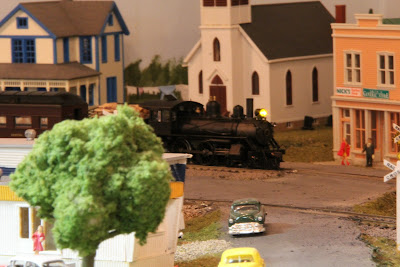 Folks at the General Store at the east end of South Newbridge watch in amazement as the old 4-4-0 approaches the Route 585 crossing. The slow clanging of the bell and the long whistle of the steam engine are in marked contrast to the sounds of the Carleton Railway's modern fleet of diesel locomotives. 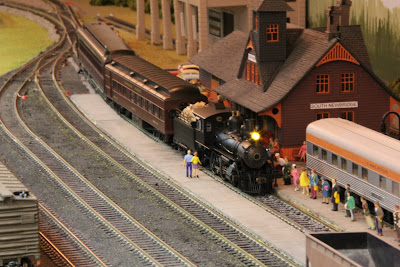 A stop at the South Newbridge station allows local onlookers to have a close look at the locomotive while the VIPs head downtown to do some quick shopping. 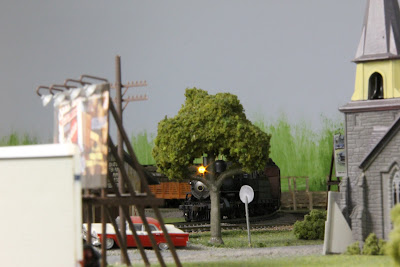 The 4-4-0 rounds the curve just west of the station in Wakefield. 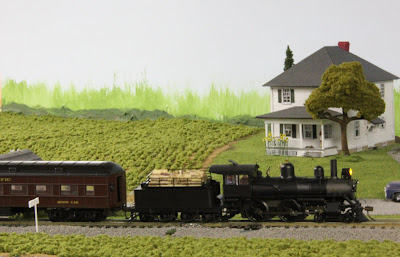 In this photo of the old steamer passing a potato farm in Rosedale, it could be 1935 instead of 1965. 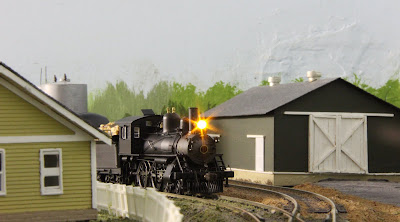 The steam loco approaches the Rosedale Road crossing as it passes one of the many potato warehouses along the Carleton Railway.
Posted by Steve Mc at 4:48 PM No comments: