Open House at the Lancaster Mall 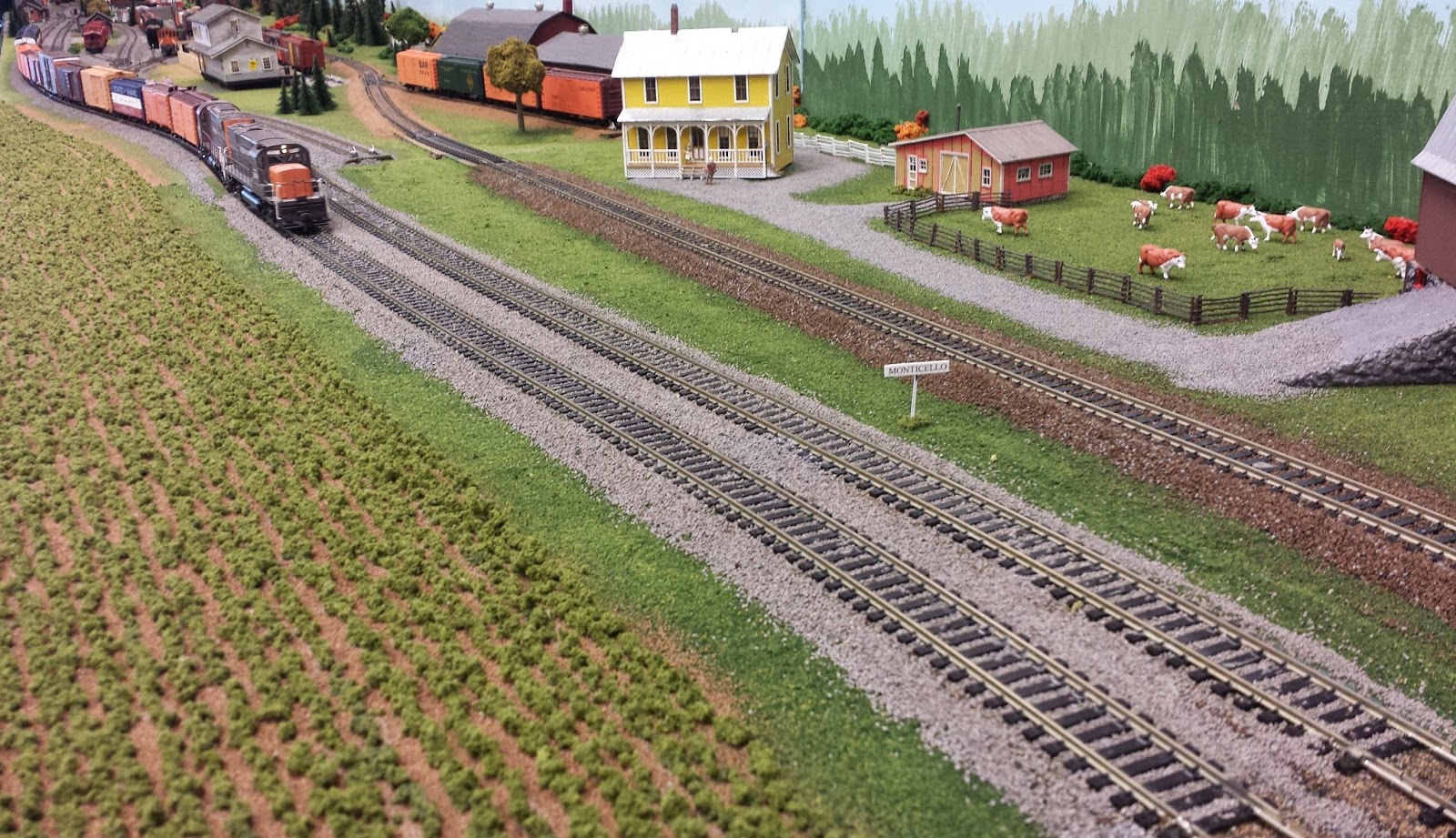 Today was our club's first open house in the Lancaster Mall in West Saint John.  We ran a lot of trains and had a great time!  Above, the Aroostook Local passes a potato field and takes its time on a warm summer's morning as it leaves Monticello, Maine on the way to Avondale, NB. (double click the photo to enlarge it).  Two Alco units -- C420 #2010 and C424 #2405 -- provide the power. The Carleton Railway is represented by six modules in the club's modular layout.  The two tracks in the foreground (gray ballast) belong to the Carleton Railway; the third track (brown ballast) is the Bangor and Aroostook Railroad.

Here the west-bound local returns to Monticello.   Downtown Monticello is a bustling place on a late summer afternoon.