Back from the NMRA National

It has been quite a vacation this summer.  We began by flying to Edmonton, where we boarded the Canadian for the trip through the Rockies. 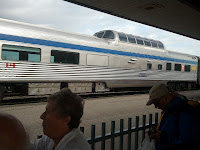 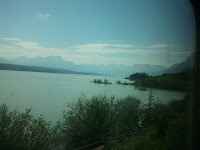 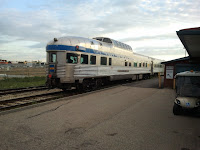 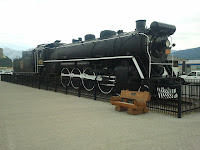 After a visit with our son and his wife, I moved on to Grand Rapids for the 2012 NMRA National Convention.  My main interest was operating, and I was not disappointed.  On the first day, I operated for eight hours (2 4-hour shifts) on Bruce Chubb's "Sunset Valley Oregon System."  It is breathtaking.  The signals are amazing, as is the scenery and the sheer size of the four-level layout.  Below are photos of two of the Dispatcher's panels: 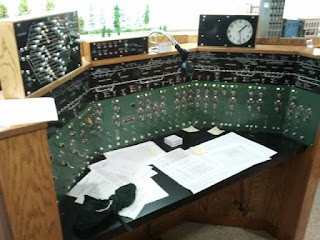 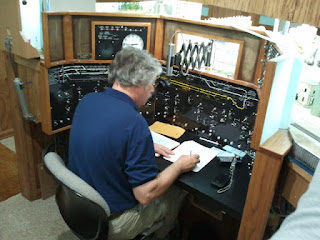 Here are a few photos of the Sunset Valley layout: 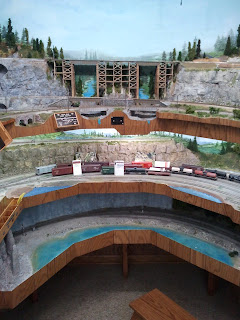 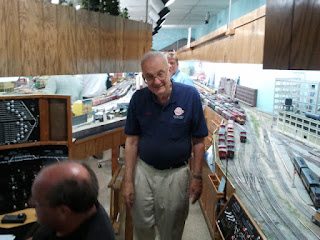 The John Allen Trestle, salvaged from the former layout: 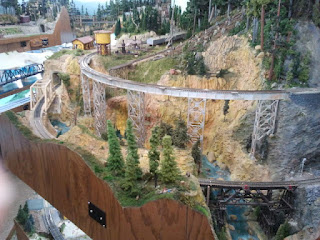 Another large layout was Andy Keeney's "Nashville Road."  The double-deck layout is still without scenery but the trackwork is fabulous and the 1100' mainline (much of it double track) is enormous.  The following three photos were taken from the same spot, with the camera facing three different directions: 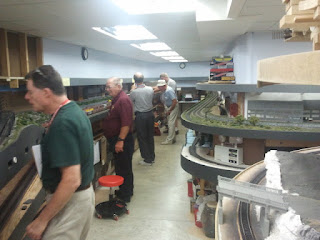 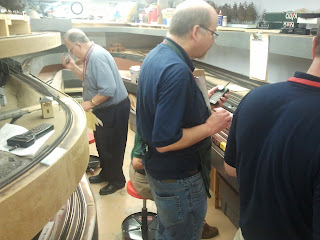 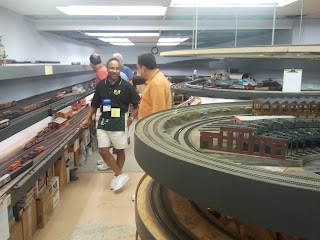 The National Train Show featured some very nice layouts.  One especially impressed me (Peninsular Model Railroad Club).  Here are a couple of photos of their modules: 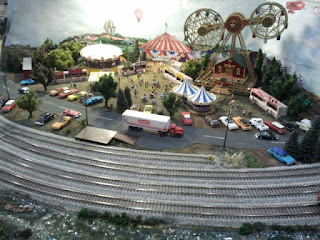 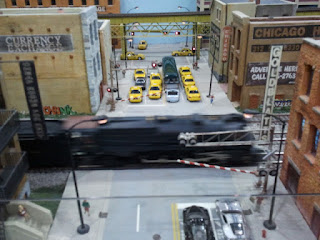 A large O-scale layout was quite impressive: 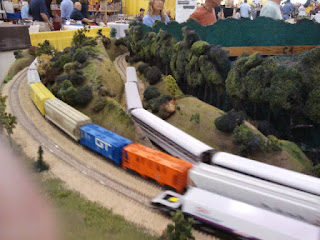 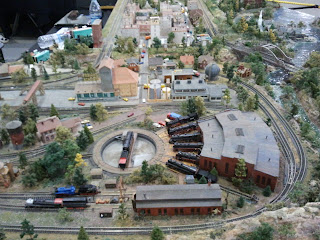 Finally, I was excited to see something very familiar on a couple of the modules: 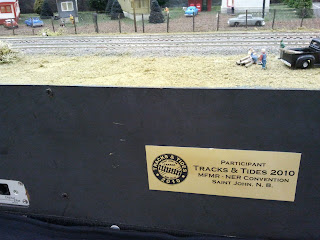